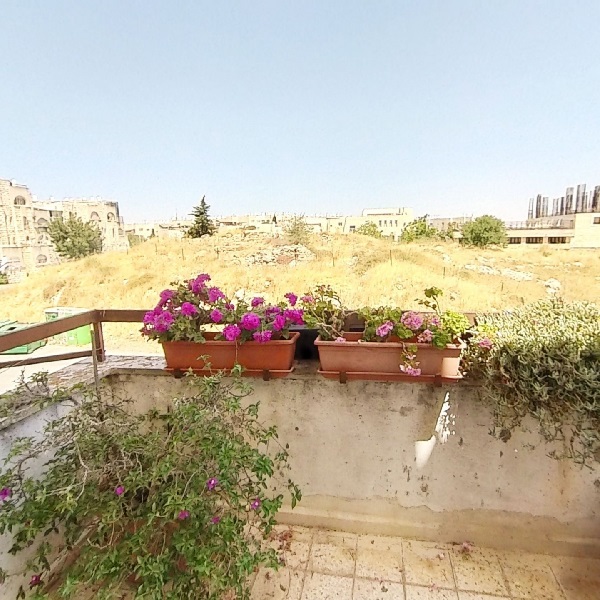 Gilo is one of the largest neighborhoods situated in south-east Jerusalem, with about 35,000 residents of which 3,000 are under the age of 18 (estimates vary, depending on their source). The neighborhood’s population makes it the equivalent of small urban center such as Tiberius and Maale Adumim. It has a heterogeneous population, with a its socio-economic mix of the middle class, lower class, native born immigrants, secular, orthodox and religious, young and old.

Gilo is one of five ring neighborhoods of Jerusalem. It was established in 1973, but archaeological excavations at the site revealed habituation dating from the Iron Age I, through to the Roman and Byzantine periods. The area was part of the Ottoman Empire until 1917 when the site came under British rule. After the 1948 Arab–Israeli War, the land was occupied by Jordan until Israel captured the West Bank during the Six Day War. Gilo is built on land beyond the 1949 armistice line, and was annexed to Israel following the Six-Day War.

Gilo is located on a hilltop in southwest Jerusalem, separated from Beit Jala by a deep gorge. The Route 60 Tunnels Highway to Gush Etzion runs underneath it on the east, and the settlement of Har Gilo is visible on the adjacent peak. Beit Safafa and Sharafat are located north of Gilo, while Bethlehem is to the South.

The biblical town of Gilo is mentioned in the Book of Joshua (Joshua 15:51) and the Book of Samuel (II Sam 15:12). Some scholars believe that biblical Gilo was located in the central Hebron Hills, whereas the name of the modern settlement was chosen because of its proximity to Beit Jala, possibly a corruption of Gilo. A city in the southwest part of the hill-country of Judah (Josh. 15:51), Gilo was the birthplace of Ahithophel “the Gilonite” (Josh. 15:51; 2 Sam. 15:12), and the place where he committed suicide (17:23). Gilo has been identified with Kurbet Jala, about 7 miles north of Hebron.

During the 1948 Arab–Israeli War, the Egyptian army positioned its artillery at Gilo, heavily shelling West Jerusalem. An attempt to advance on Jerusalem from Gilo was beaten back in a fierce battle. Kibbutz Ramat Rachel, located just north-east of Gilo, changed hands three times, ultimately remaining part of Israel, but Gilo remained on the other side of the Green Line held by the Kingdom of Jordan until 1967.

In 1970, the Israeli government expropriated 12,300 dunams of land to build a ring of new neighborhoods around Jerusalem on land conquered in the Six-Day War. According to an Israeli municipal planner, most Gilo land had been legally purchased by Jews before World War II, much of it during the 1930s, and that Jewish landowners had not relinquished their ownership of their land when the area was captured by the Jordanians in the 1948 War.

A site dating to the period of Israelite settlement known as Iron Age I (1200 – 1000 BCE) was identified and excavated at Gilo. The site revealed a small planned settlement with dwellings along the perimeter of the site, together with pottery dating to the twelfth century BCE. The southern part of the Iron Age site at Gilo is believed to be one of the earliest Israelite sites from this period. The site was surrounded by a defensive wall and divided into large yards, possibly sheep pens, with houses at the edges. Buildings at the site are amongst the earliest examples of the pillared four room house, characteristic of Iron Age Israelite architecture, featuring a courtyard divided by stone pillars, a rectangular back room and rooms along the courtyard. The foundations of a structure built of large stones were also uncovered, possibly a fortified defense tower.

During the construction of Gilo, archaeologists discovered a fortress and agricultural implements from the period of the First Temple period above the shopping center on Rehov HaGanenet. Between Givat Canada and Gilo Park, they unearthed the remains of a farm and graves from the Second Temple period. Roman and Byzantine remains have also been found at various sites.

From its inception, Gilo has provided housing to new Jewish immigrants from around the world. Many of those who spent their first months in the country at the immigrant hostel in Gilo, including those from Iran, Syria, France and South America, chose to remain in the neighborhood. Since the large influx of Soviet Jews in the 1990s, Gilo has absorbed 15% of all immigrants of that wave settling in Jerusalem. The immigrant hostel is now the site of an urban kibbutz, Beit Yisrael. Gilo is a mixed community of religious and secular Jews, although more Haredi families are moving in.

Beit HaOr, a center for autistic children, opened in Gilo in March 2008. The Ilan home for handicapped adults is located in Gilo. Gilo has 35 synagogues. In 2009, the Gilo community center, one of the largest in the country, with many varied activities catering to all ages, opened. Park Gilo has a large adventure playground for children.. The neighborhood schools vary from secular to orthodox, so as to cater to the entire varied population of residents.

The neighborhood is divided into 6 main areas, Aleph to Vav. The value and sizes of apartments and housing can range from NIS 800,000 for a 3-room apartment in Gilo Aleph, to villas as large as 300 sqm priced from NIS 2- 3 million. Most of the building construction is prefab architecture, with Jerusalem stone facades, and was built for efficient and rapid construction when the mass Russian immigration occurred in the 70’s. According to Yechiel Shushan, real estate agent with RE/MAX Vision, and specializing in Gilo, “Prices in the neighborhood have been stable for the last 5 years and with a maximum increase of only 10% over the entire period. Many young couples purchase in the area since the prices are very affordable and the services cater to growing families.” Shushan adds that “the area has stated to attract more religious families in the last two years, specifically in Gilo Aleph because that specific area is more closed and segregated from the general population of Gilo.”

Since there is no more available land to build on, and most of the buyers are families and couples who live in the area and are upgrading their lifestyle, they tend move into larger existing properties. For this reason, there is relatively more turnover in the neighborhood compared to other Jerusalem neighborhoods.

Some recent sales by REMAX: