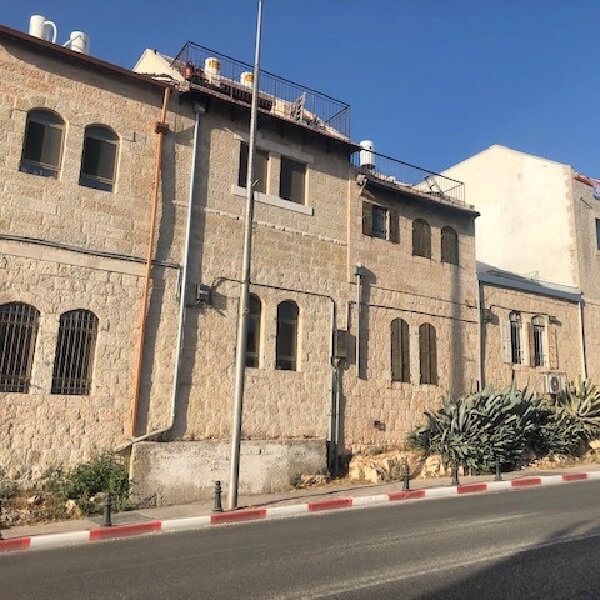 Nachlaot is a grouping of 23 courtyard neighborhoods in central Jerusalem. The area is known for its narrow, winding lanes, old-style housing, hidden courtyards and many small synagogues. The neighborhoods that make up the Nachlaot area were established beginning in the late 1870’s outside the walls of the Old City. The first was Mishkenot Yisrael, built in 1875. Mazkeret Moshe was founded by Sir Moses Montefiore in 1882 as an Ashkenazi neighborhood. Ohel Moshe is a Sephardi neighborhood established alongside it.

Former Israeli president Yitzhak Navon grew up in Ohel Moshe, and the neighborhood served as the inspiration for his play Bustan Sephardi (Sephardi Orchard). The Banai family, a famous family of actors and singers, lived in Nachlaot. A Syrian Jewish community settled in Nachlaot in 1900 and built the Ades Synagogue, which was completed in 1901. Jerusalem’s Machane Yehuda outdoor market is located next to Nachlaot. Rabbi Aryeh Levin, known as the “prisoners’ rabbi” for his visits to members of the Jewish underground imprisoned in the Russian Compound, lived in Mishkenot Yisrael. Nahalat Achim, south of Rehov Bezalel, was founded in 1925 for the Yemenite community.

At one time Nachlaot had a higher concentration of synagogues than anywhere else in the world, around 300 within a radius of just a few blocks. Many of these were not much more than a tiny room with space for only about a dozen worshippers. The neighborhood includes the world-famous Ades Synagogue, Ades Congregation, the flagship of the Syrian Halebi community, as well as the synagogues located in the Knesset Aleph (Beis Rachel), Batei Broide, and Batei Rand neighborhoods, following the tradition of Old Jerusalem, including followers of the Vilna Gaon as well as Hasidic tradition.

Cultural atrractions in Nachlaot include the Gerard Behar Center, formerly known as Beit Ha’Am, opened in 1961. It was the venue for the 1961 trial of Adolf Eichmann, and was renovated in 1983 as an arts center. Also in Nachlaot is the Barbur Gallery, It is a nonprofit space for contemporary art and artists, offering changing exhibitions, musical performances, movie screenings, video-art and art lectures.

Nachlaot real estate is currently going through a process of gentrification, and property prices have risen steeply over the past decade.