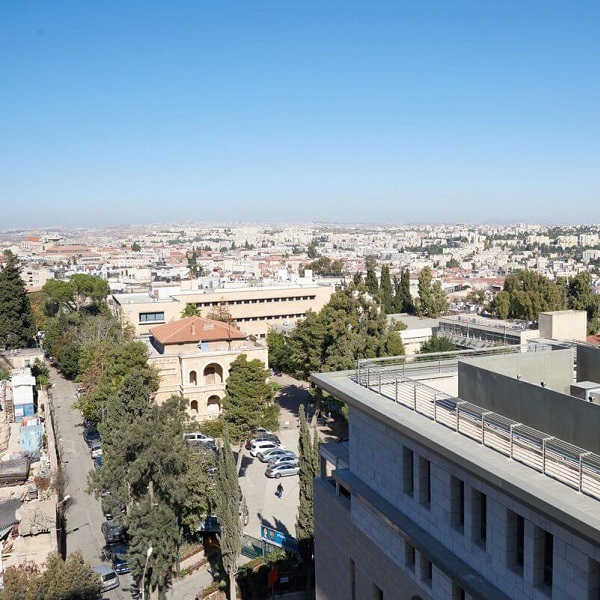 The City Center of Jerusalem comprises the area from The Old City via Jaffa Road and King George Streets, and obviously the famous Ben Yehuda pedestrian mall (the midrachov) through to the Machaneh Yehuda Market (the Shuk).

This was one of the first areas of Jerusalem to be developed outside of the Old City. It started in the 1870’s as the Beis David neighborhood, a small walled community of 10 apartments just off Jaffa Road and developed until, in the 1920’s, the neighborhood was extended to include, among other buildings, the apartment of HaRav Kook, who was Israel’s first chief Ashkenazi Rabbi. This apartment still exists today as a museum at 9 HaRav Kook Street.

Although largely a business area comprising shops, restaurants and offices, the City Center has a significant number of apartments occupied by those who enjoy the convenience of living in the hub of Jerusalem. According to Alyssa Friedland, with RE/MAX Vision, about 70% of properties are tenant occupied, largely by students who enjoy a subsidy from the municipality for renting in the area. This high demand has resulted in an increase in rental prices and a corresponding increase in sale prices. The average apartment can be rented out for between NIS 1,400 – 1,600 per student-occupied room, so that an apartment with 3 roommates can generate a monthly income of around NIS 4,500. Investors can generate between 4-5% returns on properties in these areas. For the past 4 years, there has been a marked increase in the number of investors, both Israeli and foreign, buying in the City Center. According to Friedland, the installation of light-rail and the rejuvenation of the downtown area has instilled new life and drawn investors to this area with the anticipation of high rental returns and future appreciation values.

Since 2004, the City Center has emerged from a property slump to become one of the most attractive investment areas of Jerusalem. Its proximity to the Old City, along with the large number of government and private investment projects, has breathed new life into the area. Property prices have risen by approximately 75% over this period, with many smaller apartments even doubling their value. Despite this, the area has not yet reached its potential as projects, such as the light rail which will connect the Center with most of the outlying Jerusalem suburbs, as well as plans to centralize all the various courts onto Hillel Street are creating a new wave of demand in the area.

Along with the historical properties, the area boasts a number of upscale, modern projects. The oldest of these, Jerusalem Heights, just off Hillel Street, was built in the early 1990’s and still commands a prestigious status among businessmen, diplomats and investors with a 2-room, 40 meter apartment selling for between NIS 1,300,000 – 1,400,000. A number of newer projects, including “Jerusalem of Gold” and Africa Israel’s new project on 7 HaRav Kook Street, promise to meet the demand for luxury apartments in the very center of the city.

On the commercial side, shop fronts in the “golden triangle” between Jaffa, King George and Ben Yehuda streets command premium rentals, although the demand for office space rentals in the area has dropped due largely to an increased demand for sale properties suitable for professional offices.

Although prices have risen in recent years, the City Center of Jerusalem is still in a strong upswing, and provides many good opportunities for the discerning investor as well as the chance for small developers to take advantage of Jerusalem’s growing market “ states Friedland, who adds that many owners are starting to make personal use of their properties as they are realizing the convenience and excitement of living in the Center of Jerusalem.