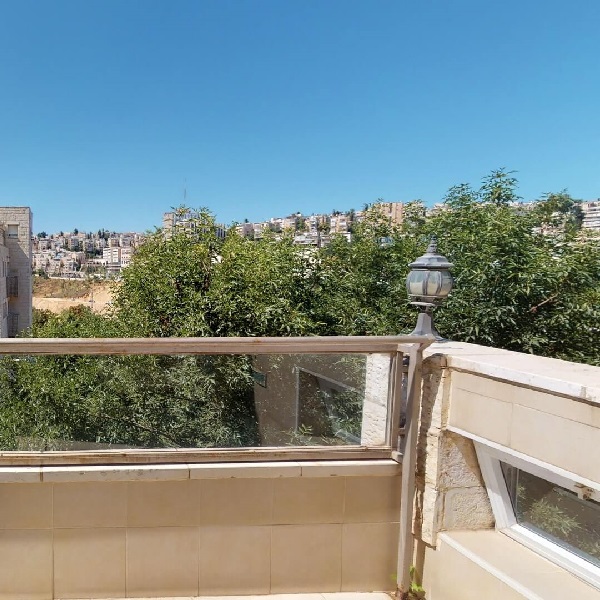 Arnona is a neighborhood in southern Jerusalem, situated between the neighborhoods of Talpiot and Ramat Rachel. It has a rural feeling, yet is located in a city – a relatively unusual combination. It is a family-oriented community with religious, traditional and secular families. Most new houses are being bought by young Dati-Leumi (National Religious) families.

Arnona was founded in 1931 (5691 according to the Jewish calendar) on land owned by the Keren HaEzra company according to plans created by the architect Richard Kaufmann. In 1935, another neighborhood named “Binyan v’Melacha” was founded alongside Talpiot; this neighborhood has since been incorporated into the Arnona area. Together with other nearby Jewish areas (Talpiot and Mekor Chaim), Arnona gradually became a southern suburb of Jerusalem separated from the main city neighborhoods of Baka and Talbieh, and the German Colony area.

During the 1948 Arab-Israeli War, Arnona was on the front line. In May 1948, Arnona was occupied by Arab forces. An attack by Egyptian, Jordanian, and local Arab troops led to a retreat by Jewish forces from Arnona and Ramat Rachel. A combined unit of the Hagana and Palmach later retook the area.

The 1949 cease fire agreement with Jordan placed the cease-fire line at the eastern border of Arnona. This cease fire line was part of the “Kav Ironi”, the Jerusalem section of the Green line separating the Jordanian and Israeli armies. The border was patrolled by a dedicated force, but the only physical barrier was an unguarded barbed-wire fence. With the Six-Day War in 1967, Arnona gained its current borders.

Until the 1990’s, Arnona was similar in nature to the Old Talpiot area. During the 1990s, a widespread building trend led to a rise in property values and made Arnona into a relatively upscale neighborhood. Structures in the area are generally no more than six stories in height. Today, virtually all plots of land in Arnona are occupied. Much of the land currently built on was sold to developers by the Ramat Rachel Kibbutz.

There are several bus lines to the center of Jerusalem as well as an express bus to Har Hotzvim.

Nearby Talpiot contains a big industrial zone, including of one of Jerusalem’s main shopping districts.

Arnona has two Ashkenazi synagogues (Shai Agnon and Lindenbaum) and two Sephardi synagogues (Hursha and Hakshiva Shavati). There is a new family-oriented minyan in Midreshet Lindenbaum which caters to young families and English speakers.

Arnona Jerusalem real estate: With the recent move of the American consulate to this neighborhood, demand and prices are increasing for apartments. Arnona is a true suburban neighborhood, divided into houses of many different styles and sizes, many with private entrances and private parking. A large number of new projects have been built in the area, most on the former farmland of Kibbutz Ramat Rachel. Many overseas buyers have begun to buy in Arnona due to the relatively affordable prices and the convenience of elevators, covered parking, and luxurious new apartments designed in a modern style. Arnona is an easy walk to Baka, the Greek and German Colonies, and Old Katamon, and a reasonable walk to the Old City and the Kotel.